The Many Styles of Veneto

Romeo and Juliet’s city of Verona is a stone’s throw away from the vineyards of Valpolicella. Lying to the northwest of the town the original Classico DOC area is in the hills around Negrar, Marano, and Saint Ambrogio. The terrain is a natural amphitheatre and the highest plots (up to 600 metres) often sit above the cloud line. Vines are trained on high trellises using the traditional Pergola system, creating a ceiling of leaves that protect the bunches of grapes hanging underneath. Many are on steep terraces, requiring work in the vineyards to be manually done. To the east lies the Valpolicella Valpantena region, also on hilly ground. The wider Valpolicella DO lies on more gentle slopes and flatter ground, allowing for greater mechanization, and stretches eastwards and overlaps with Soave. 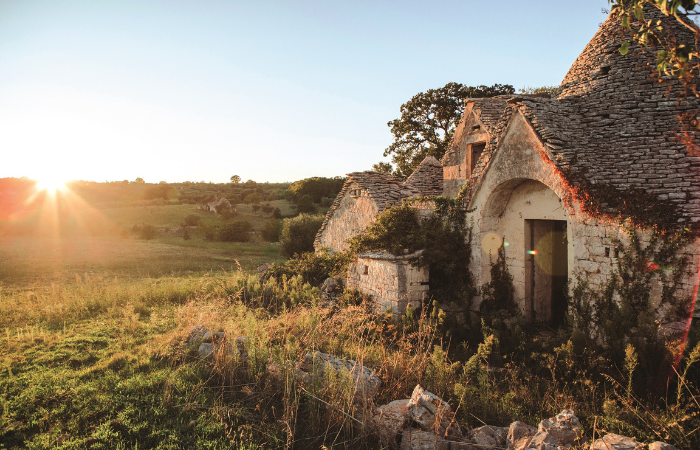 A range of wine styles with increasing complexity and body are produced from four local grape varieties–Corvina, Corvinone, Rondinella, and Molinara. Basic Valpolicella is easy-drinking red-light and fruity with red fruit flavours and a bitter cherry twist. If the grapes were grown within the hilly Classico region, the label will show DOC Valpolicella Classico. If the label shows Valpolicella Classico Superiore, this suggests a little more body and alcohol–although, in the context of the world of wine, these are still light refreshing reds.

At the other end of the spectrum is Amarone–the king of wines from the region and one of Italy’s best. It is big and sumptuous, rich and high in alcohol. A wine that is made to be matured and to be drunk with rich flavoursome foods. One might wonder how it is possible that the same grape varieties grown in the same region can make such contrasting styles. The key is “appassimento”, the partial drying of grapes. The technique has been used in the Veneto for centuries, dating back to the Ancient Romans. For this, the best grapes are picked at full ripeness. The very best–often those from the top of the cluster–are selected. Rather than fermented immediately, these are placed on racks in special rooms known as Fruttai and left for three to four months to dry. As the grapes shrivel and dehydrate, they become more concentrated and richer in flavour. The dried grapes are crushed towards the end of January following harvest, producing a viscous highly sweet juice. The elevated sugar concentration is a difficult environment for yeast to grow and so the alcoholic fermentation is sluggish, often taking 45 to 50 days to complete. After fermentation, the wine tastes dry with 5-7g/l residual sugar, producing Amarone della Valpolicella DOCG which is subsequently matured in wood. Amarone della Valpolicella DOCG spends a minimum of two years in large oak vessels of French or Slavonian origin (although chestnut, cherry, and acacia are sometimes used) with four years for Riserva wines. A less common, sweet version is called Reccioto Della Valpolicella DOCG. 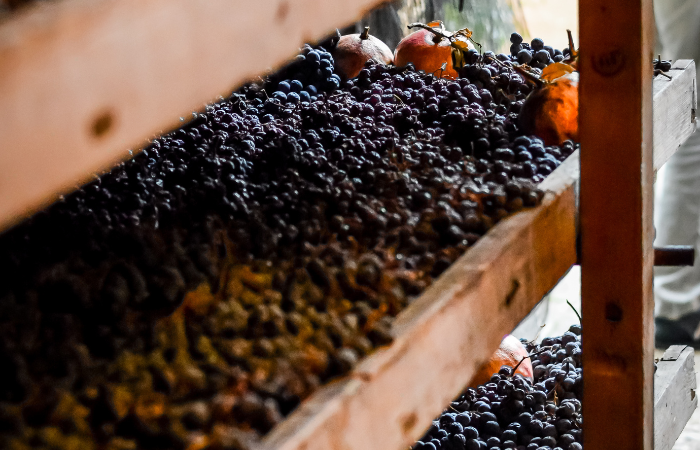 The grape skins leftover from Amarone production still contain lots of flavours, some residual sugar, and alcohol. Rather than go to waste, these can be used to make Valpolicella Ripasso DOC wines. Meaning “passed again”, dry Valpolicella wine is passed onto the Amarone skins (pomace) and undergoes a second fermentation, giving the wine more richness and body. Some may also be matured in wood.

The combination of location, proportions of local grape varieties used, the use of “appassimento” or not, and for how long, various combinations of oak and other wood create a panoply of wines from Valpolicella and gives winemakers the possibility to develop their own house style.