There is nothing more disappointing than opening a bottle of wine and finding it’s beyond the pale. An increasing range of closures are available to seal our favourite tipple, but which is best?

Cork has been used for centuries. Grown on the Quercus Suber cork oak tree, the bark of the tree is stripped every nine years, weathered and punched into stoppers. Cork’s natural elasticity allows it to be compressed and introduced into the neck of a wine bottle, creating a good seal. The problem is that of “corked” wine — wine takes on a musty character due to the compound 2,4,6 tri-chloro-anisole or TCA for short. Twenty years ago, the incidence of corked wine in the UK was estimated at 5-10% of bottles in the retail market. In addition to those wines that were clearly corked, a further number were “affected” by the cork which dulled down the flavour — known as “scalping”. Totally unacceptable from a consumer point of view and not admitted to by the cork industry at that time.

Along came the screwcap revolution. These were developed in the late 1960s and initially used for lower priced wines, giving the impression of low quality. However, perceptions changed when producers such as New Zealand, fed up with cork issues, switched in the 1990s. Today, approximately 95% of all New Zealand wines are sealed with a screwcap. With an aluminium cap, the actual seal is created between the liner inside the cap and the top of the bottle. The cap slips over the top of the bottle, a downward pressure is exerted, and a series of rollers mould the cap to the screw on the bottle neck. Easy to open, no need for a corkscrew, and the issue of TCA from corks was eliminated. Certainly, when setting up my tastings for selecting Cellar Offering wines, it’s much easier and quicker with screwcaps! 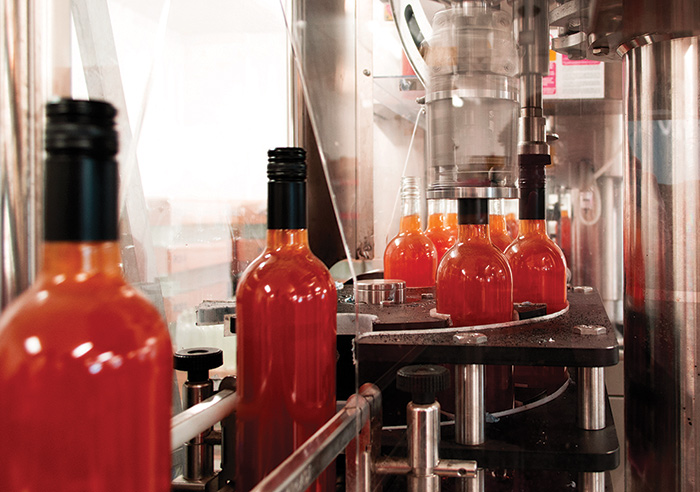 However, other problems came to light as many New Zealand and Australian producers switched quickly to screwcaps. A proportion of wines started showing “reduction”-related faults due to the production of sulphur-based compounds, which mask fruit aromas and have cabbage or onion type smells. Part of the challenge for the wine industry was a lack of understanding about what happens to a wine as it matures in bottle: the alchemy of flavour evolution, which transforms fresh, ripe, fruit flavours into a more complex bouquet, the slow polymerisation of tannins and the role of oxygen. Producers now understand much better the required parameters for bottling under screwcap.

Other alternatives include so-called technical corks produced from ground-up cork, which is treated to eliminate any TCA, then bound and moulded (an example is Diam). Synthetic closures made from plastic polymers can be difficult to extract or put back into a bottle and are prone to oxidation. Vinolok is a glass stopper, and like screwcaps it’s actually the ring of plastic around the stopper that creates the seal. Many more have been developed. In tandem, Amorim, the world’s largest cork manufacturer in the world, has invested over 75 million Euros in developing technology to produce NDTech cork, a super-premium cork. Each is individually tested in line and guaranteed TCA-free, but it’s expensive.

I recently spoke with a number of Opimian producers and asked how they chose which stopper to use. For all of them, the overriding concern was to guarantee the quality of their wines upon opening. Ben Glover in New Zealand, Bob Berton, Bec Hardy & Ron Fraser in Australia have for decades used screwcaps for the most part. In Bob’s words, his wines develop “gracefully and consistently” under cap, whereas with cork there was inconsistency between bottles. Both Bob and Bec indicate that the Chinese market wants cork and so have switched some production back. Sam Harrop raves about DIAM 30, which he uses in his super premium New Zealand wines. Sam is also pro screwcaps, as long as the wines are bottled under the appropriate conditions. Screwcaps are less expensive than quality corks.

How about sustainability and the environment? In theory, aluminium screwcaps are recyclable; however, how many are actually recycled is a matter of debate. Infrastructure for collecting the caps are few and far between and the liners are problematic to separate. A large amount of energy is required to initially produce aluminium and to recycle it. Cork forests act as carbon sinks: the trees live for centuries with their bark stripped every nine years. The forests are a habitat for rare species of birds and the insulating material of cork oaks helps prevent and slow down wildfires. In recent years, several of these have been fatal in Portugal, driven I am told by the replacement of cork oak with non-indigenous combustible Eucalyptus trees for wood pulp and paper production.

Stick a cork in it … or get screwed? Like most things in life (and in wine) there is no simple single answer, but pros and cons for each. What are your preferences regarding screwcaps versus cork? Share your thoughts!