The Rioja wine region in northern Spain is perhaps the country’s most famous internationally. It is also the greatest ambassador for American oak: all top-end red Rioja is matured in new American oak barrels. 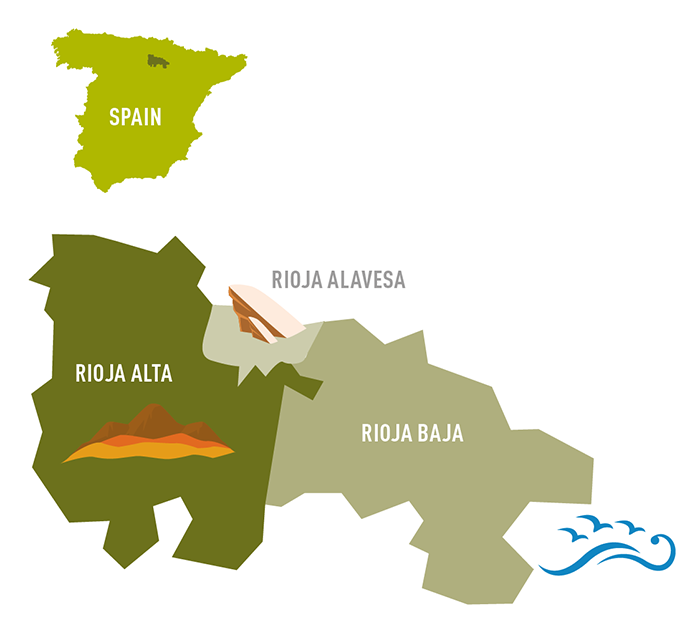 American oak gives Rioja wines distinctive notes of coconut, vanilla and spices. The amount of time the wine spends in barrels defines the ageing category that goes on the label:

Joven: meaning “young” in Spanish, intended for consumption within 2 years of the vintage—there is very little to no oak ageing in a Rioja Joven.

Crianza: aged for at least one year in oak and another one year in bottle, released in the third year after the vintage.

Reserva: at minimum, one year of ageing in oak, 2 years in bottle, cannot be on the market until 3 years after the vintage.

Gran Reserva: total of 5 years of ageing: at least 2 in barrels and the rest in bottle. 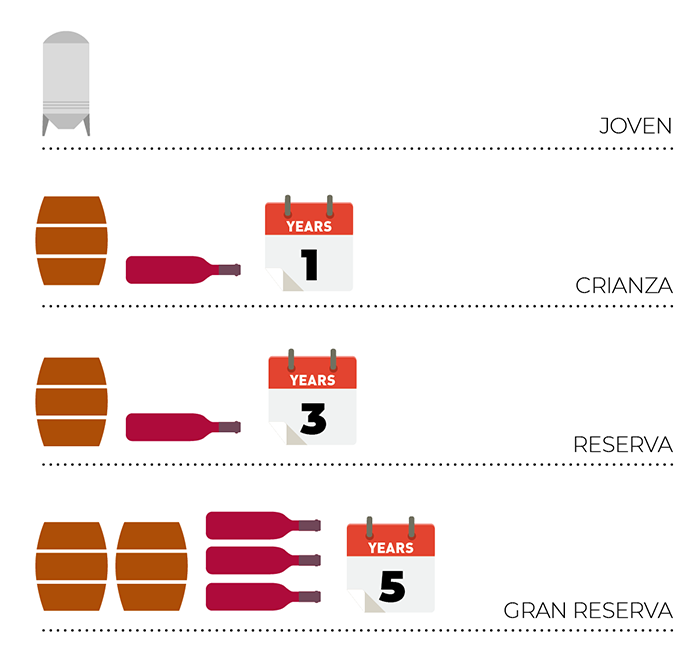 Rioja was the first Spanish region to be classified as DO in 1933 (Denominación de Origen), and DOCa (Denominación de Origen Calificada) in 1991, an even higher standard. In the late 19th century, French winemakers, affected by the Phylloxera epidemic, came to Rioja and exported their winemaking techniques, improving the quality of Spanish wine.

The Rioja wine region encompasses a large territory, covering over 65,000 hectares of vineyards, with three sub-regions: Rioja Alta with higher altitudes, Rioja Alavesa in the Basque province of Alava where the limestone soils produce more acidic wines, and Rioja Baja in the eastern Rioja region where the climate is more influenced by the Mediterranean.

Tempranillo and Garnacha are the main grape varieties used in red Rioja wines, but Mazuelo and Graciano are also allowed. White Riojas are mostly made with Viura and Garnacha Blanca —Verdejo, Sauvignon Blanc and Chardonnay have also been allowed since 2009.

Red Riojas are excellent to pair with lamb dishes, or traditional Spanish pork dishes such as chorizo and jamon with red peppers. White Riojas are delightful with simple grilled seafood and paella.