While we Opimians often have wine and wine regions at the top of our travel list, there is no doubt that most destinations offer more than just our fix for all things wine. South Africa is such a destination.

When we can all travel again, consider South Africa for its beaches and its oceans (yes, oceans – plural) as well as its viniculture. But first, let’s talk about the wine…

The winelands of the Western Cape compose the largest wine-producing area of South Africa. An easy drive from Cape Town, this area offers so many vineyards to visit, including Opimian’s own Groote Post in Darling, Warwick and Aristea in the Stellenbosch area, Richard Kershaw in Elgin, Bosman in Wellington, and Vilafonté in Paarl.

Stellenbosch, 50 kilometres from Cape Town, is perhaps the most famous wine-producing region in the country. The town, the second oldest in South Africa, is steeped in history and is home to the country’s best-known wine estates. The scenic Stellenbosch Wine Route is the oldest in the country and one of the most popular destinations for local and international visitors alike. Tired of looking at vines? Grab a pair of binoculars and observe the wildlife for an impromptu bird safari: keep a lookout for various kingfisher species, the African Fish-Eagle, and the Cape Sugarbird. 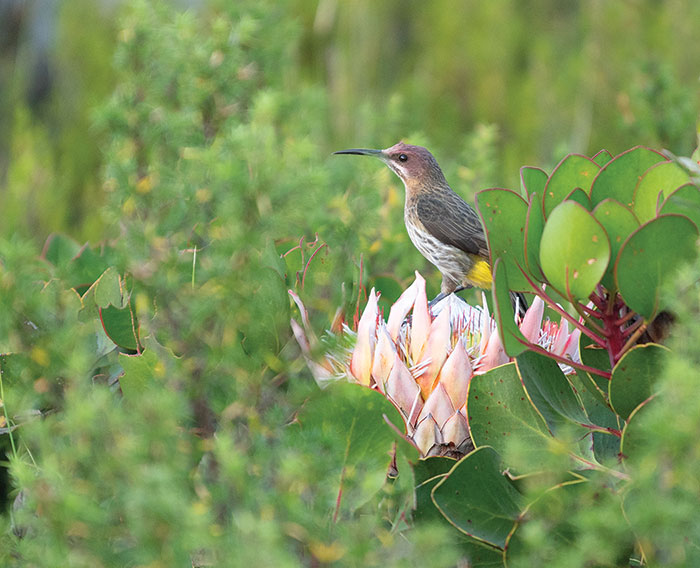 Boulders Beach, near Cape Town, is a sheltered beach made up of inlets between granite boulders, from which the name originated. It is a popular swimming beach, although people are restricted to beaches adjacent to the penguin colony: a colony of African penguins settled there in 1982. The penguins are best viewed from Foxy Beach, where newly constructed boardwalks take visitors to within a few metres of the birds. Boulders Beach forms part of the Table Mountain National Park. If you seek more thrills, book a shark expedition in False Bay, home to 27 different species of sharks. Observe them from a boat or dive in if you dare! 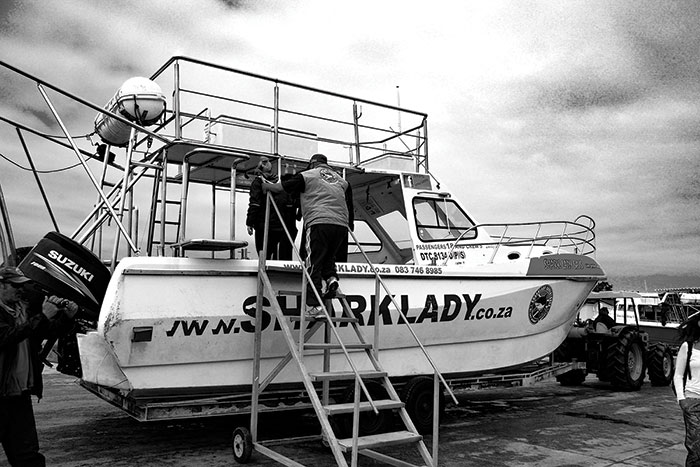 With over 2,500 kilometres of coastline facing both the cold and restless Atlantic, as well as the tropical Indian Ocean, South Africa is a surfing mecca. There are so many surf spots worth exploring that one visit is hardly enough. The numerous world-class waves have the world’s best surfers coming back year after year. Have I piqued your interest? Watch for the Opimian Travel Program in the future. This just may be one of the first destinations. 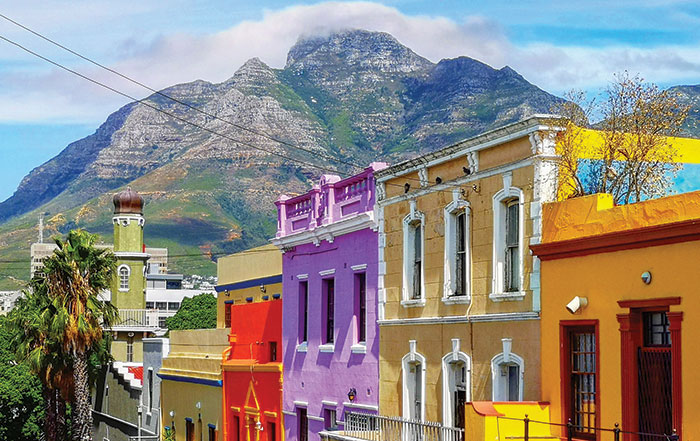 Towering 1086 meters over Cape Town, Table Mountain is a playground for nature enthusiasts. The mountain has for over 540 million years offered shelter to porcupines, mongooses, snakes, lizards, tortoises, and the Table Mountain ghost frog,
a species unique to the mountain. One of the Seven New Wonders of the World, the exceptional view offered at the top is worth the hike; different trails with various difficulty levels are accessible.

Don’t miss out on South Africa’s natural wonders, from its ancient soils delivering exceptional wines to its oceans and mountains, a true feast for the eyes.