Oregon is a wine (and beer) lover’s dream state. With rolling rivers, majestic mountains, beautiful beaches and the hip city of North America, it’s a place every type of tourist can enjoy. 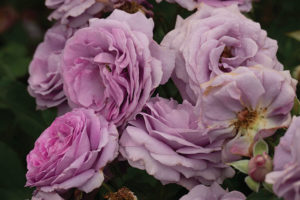 Known as the Rose City, Portland is noted for its mild, flower-friendly climate. The famous International Rose Test Garden with its 10,000 roses is a must-see-and-smell. Nestled in Washington Park with free entry and gorgeous views of Mount Hood, you don’t want to miss strolling through this extraordinary site. Be sure to take the city’s mass transit options, as parking is extremely limited.

Is it the rainy weather or the highly educated population? Whichever, Portland boasts the world’s largest independent bookstore. William Powell decided way back when to be the first to sell new and used books together at his shop and never looked back. With 6317 square metres, nine rooms, three floors and 3500 sections, you might just get lost. Best to pick up that free map offered at the info desk when you arrive! 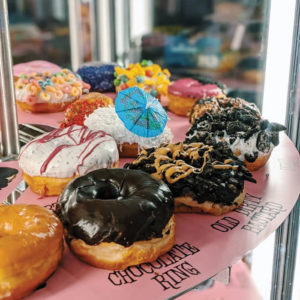 Did you say doughnuts?

When in Portland, don’t forget to dive into a doughnut with your coffee pick-me-up. Voodoo Doughnuts is open 24/7, and with its notorious long line-ups, is a social scene unto itself. Grab an Old Dirty Bastard (chocolate frosting, crushed Oreos, peanut butter) and head to a picnic table in the pedestrian-only Ankeny Alley right around the corner to indulge. 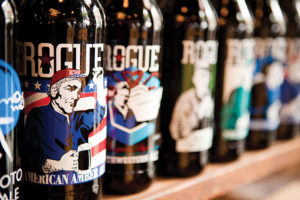 “Beervana” is the other official nickname for Portland, where craft breweries abound—more than any other city in the world. Check out McMenamins Hillsdale Brewery & Public House, Rogue Brewing, Full Sail, and Deschutes Brewery for some suds tasting. Looking for something harder? Distillery Row boasts a half dozen micro-distilleries that offer small batches of vodka, gin, brandy and whiskey. 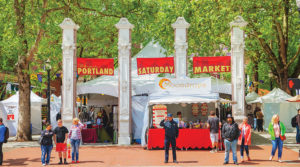 A tradition since 1974, Portland’s famous outdoor market is also open on Sundays from March to Christmas Eve, rain or shine. Filled with artisan crafts, ethnic eats and live music, you’ll be hard-pressed not to find something delightful to take back home.

What wine connoisseur doesn’t know about the Willamette Valley? But do you know how it’s pronounced? Ask a local and you’ll get the humourous response: It’s WilLAMette, dammit! Just a short drive from Portland, you’ll encounter much more than vineyards of Pinot Noir. Follow the Vineyard and Valley Scenic Tour Route to discover farms, forests, wildflower meadows and magnificent views of the Cascade Mountains.

Afterwards, circle over to the Mount Hood region for hiking, camping, fishing… and skiing, even in July! At 3430 metres high, Mt. Hood is the second-most-climbed glacier after Mount Fuji. While there, pop into the Timberline Lodge, a National Historic Landmark that was built in the Cascadian architectural style as part of the 1930s’ Works Progress Administration. Famous for The Shining, which was filmed here, take a spooky moment to recreate your own “Here’s Johnny!” scenario within its various nooks and crannies.