Imagine it’s the year 1700 and you find yourself in the Douro Valley, floating down the Douro River in Portugal. Your flat bottom boat, known as a ‘barcos rabelos’ is laden with barrels of port from various vineyards along the Douro and destined for the mouth of the river in Porto for bottling and storage.

Port is a still wine typically made from five major grape varieties, the most desirable of which is Touriga Nacional, that is blended (fortified) with spirit alcohol to raise the alcohol level to 19% or 20%. This was initially done to preserve the wine for transport, but it was soon discovered that it made for a very tasty libation as well.

You’ll find that the most widely available ports are in three categories – Ruby, Tawny and Late Bottle Vintage (LBV). There are some remarkable examples of all three in the Soneto Mixed Case in this Cellar. In addition, the new to Opimian, Craufurd Porto is a Tawny, available to you after either 10 years or 30 years in bottle. New ports from Réccua are also in the extensive Web Exclusive list.

This fortified wine is most often sweet and, as with so many other things in wine and life, North Americans drink port differently than the rest of the world. While Europeans will happily enjoy port as an aperitif, we Canadians generally reserve port for dessert. There’s no question that it pairs wonderfully with many desserts such as pecan pie or cheesecake. Also give it a try ahead of your meal with soft cheeses like brie or a tray of pickles and olives.

Most ports are still sealed with cork so always store your port on its side. It’s a good idea to move the bottle upright for a day or so before serving. This will allow any sediment to settle to the bottom. Port glasses are relatively small, tulip shaped vessels and will hold a three ounce pour comfortably. Serving temperature is important as well. Serve white ports cold (about 8°C). Tawny and LBV should be cool (10°C -15°C).

The wine is no longer floated down the river, but rather shipped in tanker trucks to Porto. Far less romantic, but still as delicious as ever. For those of you who have yet to be converted, this is your chance. The centuries-old tradition of port production is alive and well, and available from Opimian.

If you have ever considered a visit to Portugal, or even if you haven’t, go! The entire country, its capital city Lisbon, as well as the fabled city of Porto have much to offer. While you could easily fill your travels with nothing but wine, you can also add culinary delights (if you have never tried a pasteis de nata – Portuguese egg tart – you haven’t lived). Music plays a huge part in the cultural life of the Portuguese as well. You will find countless venues to take in a performance of Fado, a hauntingly gorgeous style featuring voice and guitar. It has been world renowned for generations.

Lisbon is fast approaching 3,000,000 inhabitants, and provides a vibrancy that caters to the interests of any traveler. Whether you like architecture, cuisine, music or the visual arts, there is lots to enjoy here.

Porto, at the mouth of the Douro River where it meets the ocean, was proclaimed a World Heritage Site in 1996. If being the namesake for port wine isn’t enough, Porto is also an important stop on the Portuguese Way, part of the Camino de Santiago that has been walked by countless pilgrims (not all of them religious). Like Lisbon, Portugal’s second largest city offers an array of arts, entertainment, architecture and gastronomy.

To escape the cities, there is nowhere better than the Douro Valley to soothe your soul. You can visit the terraced vineyards on the banks of the Douro River and sample both port and non-fortified wines of Portugal. Wind your way through the valley by train, or if you’re a little more adventurous, rent a car and lose yourself among the vineyards and cathedrals of the area.

All in all, Portugal offers great value, beautiful countryside, amazing port, and literally something for everyone. 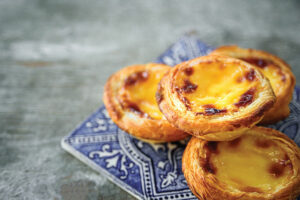