Port and Madeira: The Essentials

Madeira and Port wines have a lot in common: both are benchmark, fortified wines. Both are from Portugal–one is from a lovely drop of an island in the Atlantic and the other from the beautiful, rugged landscapes in the mainland’s north. Both have long historic roots and associations: one with the nascent United States, and the other with the British Isles. But each one has as many distinctive characteristics that make them very unique from each other and in the world of wine. 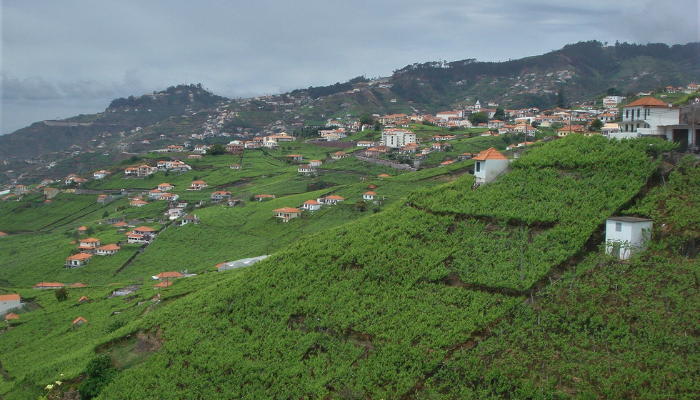 Madeira is famous for the acidity that its five main grape varieties amply provide, four white–Sercial, Verdelho, Boal and Malvasia/Malmsey, and the red Tinta Negra. The whites’ names represent a style –dry, medium-dry, medium-sweet, or sweet respectively–and if the name of the grape is on the label, the wine is made with at least 85%, and often 100% that grape. So, for example, Sercial on the label not only means that it is made with it, but also that it is the dry style. If the label doesn’t indicate a grape variety, the wine is likely made with the very versatile Tinta Negra in a respective style, such as Fine Medium Dry, to replicate Verdelho’s sweetness, or Fine Rich, matching Malvasia. 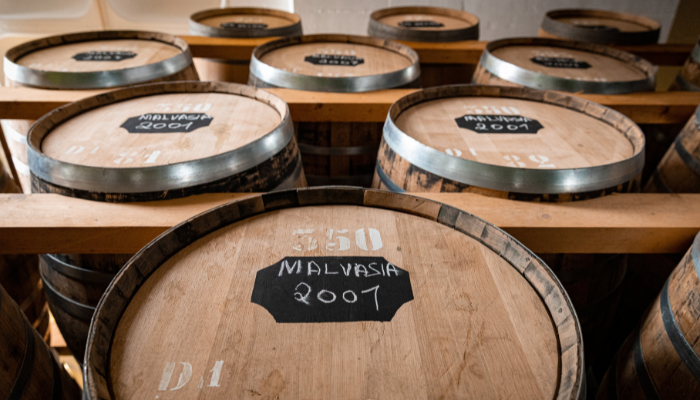 Port is a blend, often a field blend of dozens of red and white varieties, with five key reds, two Tourigas–Nacional and Francesa, and three Tintas–Roriz, Cão, and Barroca.

The fortification or the addition of high-strength grape alcohol during or after fermentation happens earlier for sweet styles of Madeira and later for drier ones. The fortification, done with a minimum of 77% AbV for Port and usually 95% for Madeira, stops the fermentation and raises the wine’s alcohol to around 20%. The earlier the alcohol is added, the more sugar remains in the resulting wine. Hence, Port is always sweet, and fortified about halfway through the fermentation. 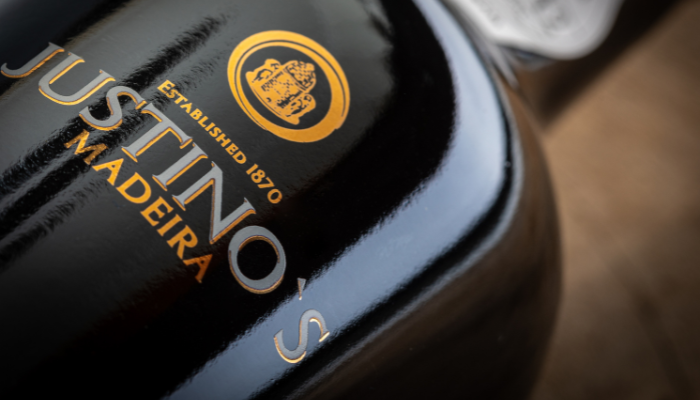 All Madeira goes through a unique process of “estufagem”, or baking, either in warehouses’ attics or in vats, from months to years, creating its unmistakable caramelized note. Then the wine is aged from three to 20 plus years before bottling and ready upon release.

Port becomes either bottle- or wood-aged style. The former spends a relatively short time in vats. Ruby, Reserve, and most LBVs are ready to enjoy upon release, but Vintage, made only in the best years, will develop in the bottle, and requires decanting. Beyond entry-level, Tawny ports are aged in wood from around seven years for Tawny and Reserve, to 10-40+ years for age-indicated bottlings. The Tawnies are ready upon release and need no decanting. The older they are, the more elegant and complex they get.

To close the loop, here are a few more things these wines have in common–they are well worth getting to know, have smart values, and they’re great at the table. With the sweetness range of Madeira and styles of Port, there is a wine for any course–some go with many. And do try chilled Tawny, as locals do–you just might discover your next go-to weekend afternoon’s repast. 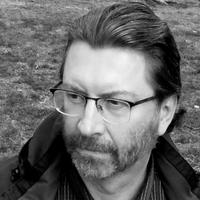 Toronto-based Igor Ryjenkov MW was the first in Canada to earn the prestigious Master of Wine credential in 2003. His wine business expertise has been informed by 24 years with the LCBO, first in retail, then in key buying positions, and lastly, in projects, most notably, developing the new 5-dot wine style matrix. 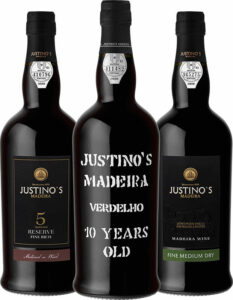