Situated at the tip of Africa, South Africa has always been resourceful. The rocky past during apartheid and the subsequent sanctions imposed meant that South Africa had to become self-sufficient in all aspects of life, from food production to development in all the relevant industries. 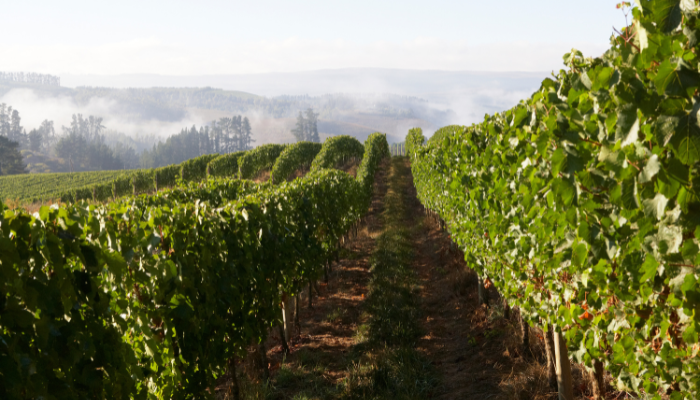 The KWV (Co-operative Winemakers Union of South Africa), founded in 1918, predates the apartheid and sanctions period, but its influence extends into the modern era. Its mandate was to deal with surplus production and unify the wine farmers. To this end, it gave legislative powers to regulate quotas, restrict cultivars and production areas, and control production volumes. There was control over releasing new vine material and establishing a certification system that traced wine from vineyard to bottle.

As post-apartheid South Africa re-emerged into the international markets in the early 1990s, further challenges arose. Whilst enjoying positive sentiments to start with, the rainbow nation found it hard to innovate once exposed to the international scene. Isolation led to self-satisfaction and an inflated sense of the quality of local wines and the local cultivar Pinotage. Complaints of burnt rubber in wines and bitter acrolein compounds forced the focus on virus-infected vineyards and the choice of cultivars and clones.

As a result, South Africa struggled to find a niche in the early years, and there was a drive simply downward so that cheap bulk wine seemed an easier route.

However, lifting sanctions and abolishing the quota system brought a new dawn of innovation in the vineyard, with new areas open to be discovered and planted with virus-free clones and newer cultivars. Slowly the needle of inspiration and influence shifted from Germany to France and then to the Mediterranean.

More recently, South Africa has faced further challenges, including corruption, running electricity blackouts, constant inflationary pressures, strikes and poor exchange rates. Necessity being the mother of invention, many wineries have risen to the challenge and installed solar panels and generators, negating the blackouts and boosting their sustainability credentials.

In the vineyards, social unrest and the lack of pickers in de-populated rural areas have led to more producers investing in mechanical harvesting, which allows quick night picking when the temperature is cooler.

In the warmer areas, planting more suitable grapes with higher natural acidity retention has taken place as the focus has shifted toward the Mediterranean countries. These include white grapes such as Assyrtiko, Grenache Blanc and Vermentino and red grapes such as Sangiovese, Touriga Nacional, Mourvèdre, Barbera and Petit Verdot.

Much of this success has been achieved through the help of Winetech, an independent South African non-profit that receives and manages the statutory research levy from the South African wine industry. It has four core functions: Research and Development, Knowledge Transfer, Innovation, and Learning and Development. It has three flagship programs: Climate change, Water efficiency and plant breeding.

A further innovation in South Africa is addressing the quality issues in tandem with the advancement of regionality.

The building of the New World’s success was initially on delivering consistently good wines with easy varietal signposting and no fixed abode. A sense of place or terroir was not seen as relevant. South Africa has been formed on the tenet of non-regionality primarily through the cooperative system where grape variety planting was based on the sequential ripening of grapes to allow an extended production period for the winery. This created numerous non-regional wines that fitted price points, often at the lower end of the scale.

South Africa wasn’t initially alone, as the New World collective was happy to shun what felt like straitjackets that producers in the Old World had to adhere to specified grape varieties and plantings. Indeed, in the early days, the New World promoted that they could grow anything unhindered by grape restrictions. However, many New World countries quickly realized that this direction was unsustainable. Since the 1990s, countries such as New Zealand have led the way, focusing on Marlborough being the home of Sauvignon Blanc. Australia joined quickly with Barossa Shiraz, Coonawarra Cabernet and Clare Valley Riesling, whilst more recently, Argentina has become the home of Malbec.

South Africa’s long-term success hinges on positioning its wines in this way. By imbuing a sense of place, we will not only add tremendous value to the wines we already produce but give credibility to the differences between our regions.

It isn’t a simple process. To take ownership of particular grape varieties or styles and give traction to their region means digging deeper into some of the groundwork that Winetech has done regarding geology mapping and soil types and developing better clonal information. This will enable us to identify subzones better and give each region a more distinct personality. This journey started with areas formulating signature grapes such as Elgin Chardonnay, Hemel-en-Aarde Pinot Noir, Swartland Rhone blends and Stellenbosch Cabernet Sauvignon.

More is needed, but South Africa’s resourcefulness will eventually shine through! 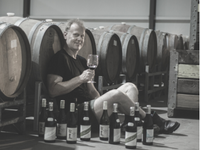 Born and raised in the UK, RICHARD KERSHAW MW enjoyed a successful career as a chef before finding wine. After travelling extensively, he arrived in South Africa in 1999. Now a Master of Wine, Richard is pursuing his dream of making his own wine in the cool climate of Elgin in the Western Cape.