Harris Beach Rye Fifty-One Canadian Whisky, Beach’s much anticipated first release, is available solely through Opimian. Joshua’s dream was to create a club where passionate Whisky lovers could come together to experience their favourite spirit in ways that they had never done before. We are thrilled to announce that the Harris Beach Cask Club is now open exclusively to Opimian Members. 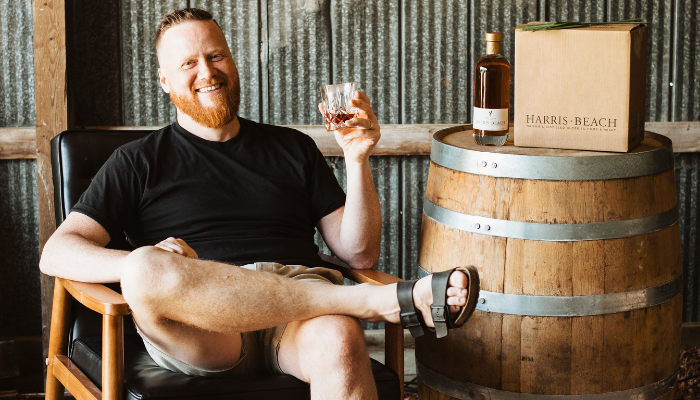 At the time of writing, the grain destined for Joshua Beach’s 100% Rye Canadian Whisky is waist high, blowing in the summer breezes on the farmland that surrounds the future site of the Harris Beach Distillery in Creemore. While the scenery is idyllic, Beach’s decision to source grain from this region was not based on aesthetics. The colder temperatures of Northern Ontario stress the Rye during the growing season, allowing it to acquire more spice and flavour. But before we talk about what is coming for the award-winning Master Distiller, let’s take a look at the remarkable journey that brought Joshua to this point. 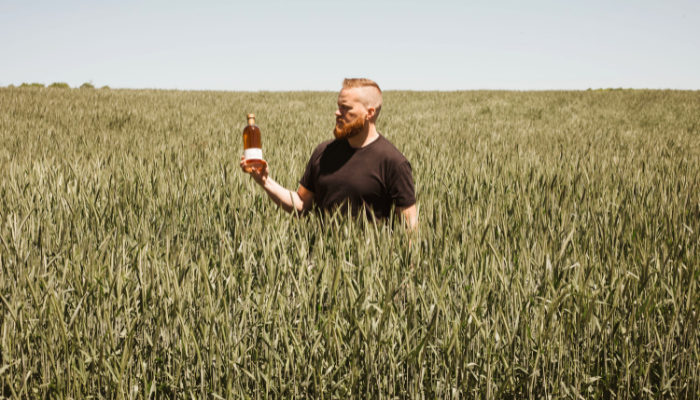 The Brewing and Distilling Master’s Program at the Heriot-Watt University in Edenborough, Scotland, is considered one of the best in the world. This is where Joshua learned the technical and practical aspects of brewing and distilling. This was also the perfect environment to explore and experience the world of Scotch firsthand. Joshua’s passion for Whisky was ignited.

Upon graduating with his MSc, Joshua honed his craft by taking on a variety of roles with several breweries and distilleries around the world. These opportunities took Joshua to four continents, working for producers in countries as far-ranging as Canada, Namibia, Isreal, Ireland, England, Scotland and Germany. Then it was time for Ontario-born Joshua to return to Canada. He co-founded the Odd Society small-batch craft distillery in Vancouver before he launched the spirits programs at Wayne Gretzky Estates, Georgian Bay and Spirit of Niagara. While Joshua recognized that the experience he gained from each placement contributed to the expertise he has today, he always knew he was working toward creating his own spirits portfolio.

The name Harris Beach represents the Beach family tradition of incorporating their mother’s maiden name, Harris, in those of the children. Joshua and his wife Kristen have upheld this treasured custom by choosing Harris for their own son’s middle name as well as for the name of their distillery. 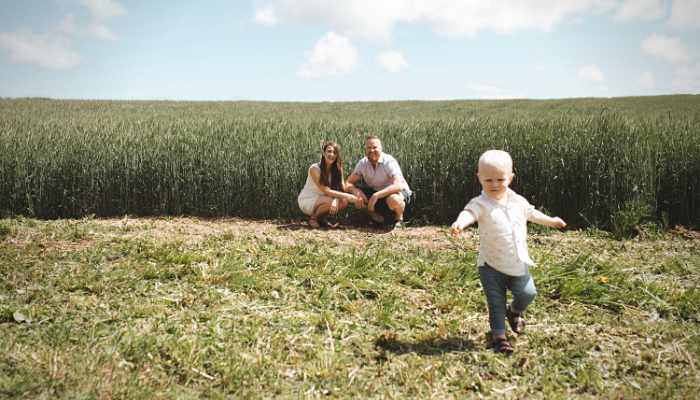 Due to the small batch nature of production, membership to the club is very limited but the lucky few that secure their spot will go on a four-year journey with Joshua as he crafts his next release-the Harris Beach 100% Rye Canadian Whisky. In the first year, in addition to a signed 750ml bottle of the Harris Beach Rye Fifty-One Canadian Whisky, and a complimentary one-year 50th Anniversary Opimian Membership, Club Members will receive a 200-ml sample of the Harris Beach 100% Rye unaged spirit. Most Members will have never had the opportunity to taste a Whisky before it goes into cask and Joshua will be on hand to guide you through the experience with an online/in-person tasting. During the event, Joshua will share fascinating insights such as how distillation proof is as important as the blend of grains in the final taste of a Whisky and the fact that Canadian Whisky must be aged in barrel for a minimum of three years prior to release. In the second year, Members of the Cask Club will get to enjoy another 200-ml sample of the Harris Beach Rye after it has spent one year in barrel. Again, Joshua will guide the club of Whisky insiders through its evolution. This event will be repeated in year three with the now 2-year-old spirit. Finally, in year four, the showstopper–each Member of the Cask Club will receive six 750ml bottles of Harris Beach 100% Rye Canadian Whisky and an invitation to a final tasting with Joshua.

And this is just the beginning. Joshua’s creativity and passion for crafting fine spirits is boundless. Loyalty will be rewarded. Charter Members of the initial Harris Beach Cask Club and those who make the waiting list will have early bird access to Joshua’s upcoming releases and the first opportunity to join future clubs. Slàinte mhath! 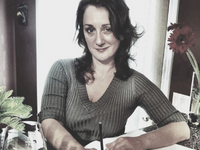 Louise Wilson MW lives in the Niagara region and is one of ten Masters of Wine based in Canada. Louise is especially passionate about the opportunity wine provides for continual learning and new experiences. 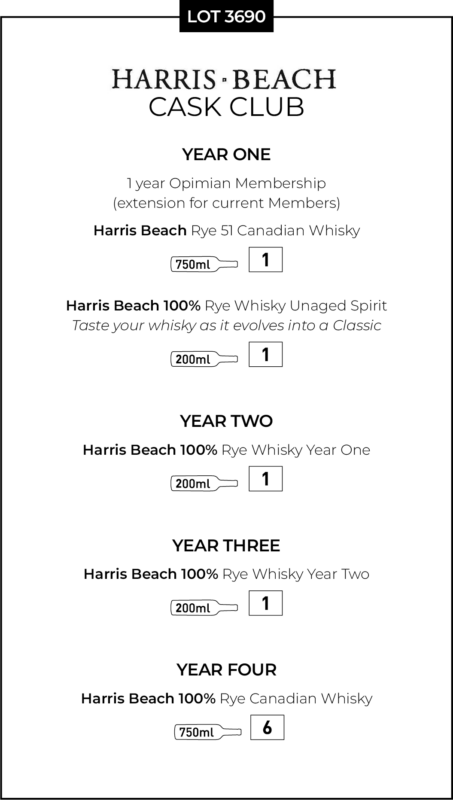