During prohibition, a trade that had been built up in the second half of the 19th century on the back of the Gold Rush saw 2,500 licensed wineries reduced to less than 100. The wineries that survived did so by making sacramental wines or selling fresh grapes or juice to wannabe home winemakers. By the time the act was repealed in 1933, many of the 200,000 acres of vineyards had been planted to alternative crops, others abandoned.

Difficult then to have confidently predicted the current strength of the Californian wine industry. In 2018 total shipments of California wines reached 285 million cases and represented $40 billion in retail value in the US alone. The reported acreage devoted to wine grapes in California has never been higher — 479,000 acres planted with over 100 varieties. With a trend toward premium wine, some Californian cult wines are considered amongst the most collectible and expensive in the world.

Gone are the days of the state’s heavily oaked, rich, buttery Chardonnays and big, highly alcoholic, sweet red blends. Nevertheless, top selling varietals remain Chardonnay and Cabernet Sauvignon, which together represent over 30% of sales. While often richer and more alcoholic than European counterparts, the present movement is toward more restrained, refined styles. Wine growers in California have become much more focussed on matching grape variety to specific growing conditions, producing wines with more personality and sense of place. In parallel, the development of designated growing regions known as American Viticultural Areas (AVA) and sub-regions reflects this trend. Cool regions such as the Russian River Valley are associated with Pinot Noir, old Zinfandel vines are prized in Lodi and in Napa, Cabernet Sauvignon is king. Across the state, Chardonnay is produced in a range of styles, reflecting the conditions under which it is grown. 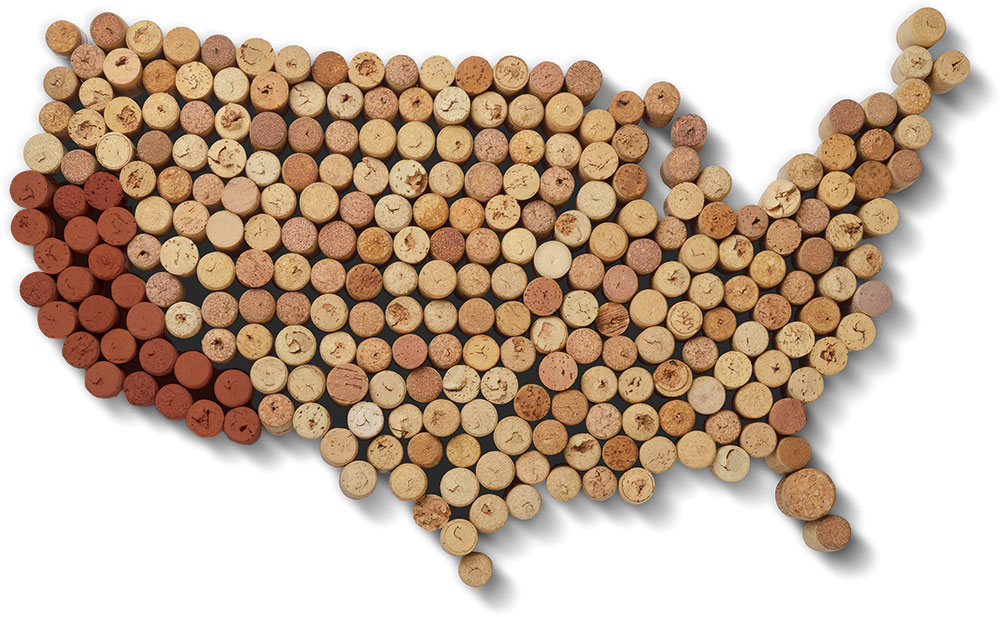 Yet California has experienced its share of disasters, and the impact of climate change is clear, with severe drought and wildfires in recent years. Sustainability is crucial in the Golden State. UC Davis has one of the top research and training facilities in Viticulture and Enology in the world, and it has been a major contributor to the quality and success of Californian wines. Its research looks for new climate tolerant grape varieties and develops designs for zero-carbon wineries. The school has built the world’s first winery that is Platinum-certified LEED (Leadership in Energy and Environmental Design).

So what are my hopes for the next 100 years? I hope that not only California, but the global wine trade, find solutions to the challenges of climate change. The scientific research, field and winery trials in California should provide valuable insight for wine producers around the world, allowing them to produce quality wines in both an environmentally and economically sustainable way.