Corsica, the Isle of Beauty, is a French island in the Mediterranean. You may be familiar with the birthplace of Napoléon Bonaparte, who proclaimed himself Emperor of the French from 1804 until 1814, and again in 1815. But Corsica is also hiking heaven, a beach paradise, and very much a foodie’s wonderland.

Corsican cuisine is based on rusticity and fresh farm products. The local fares are largely protected with Appellations (yes, just like wine!). The charcuterie is known as some of the best in the world, with lonzy, prisuttu and copa made exclusively with the local breed of pork, while the cheese is mostly goat and sheep-based, as few cattle are raised on the island. Corsica’s iconic cheese is called Brocciu, produced from ewe’s milk. It is a young white cheese similar to Ricotta, often paired with Corsican white wines. Corsu Vecchiu, or Tomme Corse, another local cheese made with sheep’s milk, has a semi-soft texture and is aged for a minimum of five months. A Filetta, meaning “fern”, is a soft cheese made using raw goat’s milk and aged for 4 to 6 weeks. Earthy and salty, this is the perfect pairing with the sweet Muscat du Cap Corse during an aperitif or after dinner! 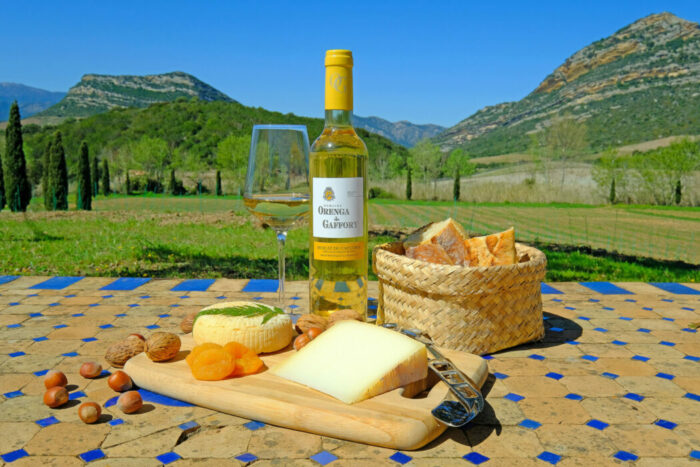 The main meal will likely include meat: wild boar, veal and lamb are often on the menu and cooked in a myriad of ways, while dessert might feature the aforementioned brocciu in a lemon-flavoured cheesecake called Fiadone, or a chestnut tart (made with chestnut flour). Simple, tasty dishes inspired by the land. 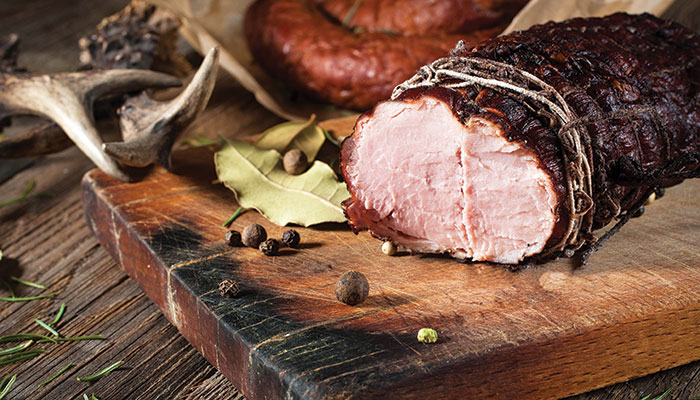 Napoleon, himself hardly a foodie, nevertheless understood the French art of the table. His diplomatic efforts relied heavily on organizing big banquets, paying particular attention to the presentation aspect of the meal: crystal glassware, silver cutlery, and ornate porcelain plates that he was allowed to take with him in exile. The Empire established the popularity of French cuisine around the world, still admired to this day. It is under Napoleon’s reign that the word “chef” was first used to describe the person in control of the kitchen–in this case, Antonin Carême.