Bordeaux’s New Grapes on the Block

Bordeaux is a wine region steeped in history. The classification of Left Bank châteaux dates back to 1855. Traditional viticultural practices are passed down from one generation to the next. Families trace their estate ownership back hundreds of years.

It might seem surprising therefore that Bordeaux was the first French wine region to take official steps in the battle against climate change. In 2019, the wine producers of Bordeaux AOC and Bordeaux Supérieur AOC applied to the Institut national de l’origine et de la qualité* (INAO) to authorize the use of new grape varieties better equipped to face changing climate conditions. Their request was recently granted.

Why is this so significant?

The expression of a specific blend of grape varieties grown on a specific vineyard site is what defines Bordeaux, giving its wines such a unique and sought-after appeal. Since the great replanting of vineyards after Phylloxera and the historic frosts of 1956, the distribution of these grape varieties has remained unchanged.

Cabernet Sauvignon is king on the gravel-rich soils of the Left Bank (the area to the west of the region’s major estuary, the Gironde, and its tributary, the Garonne). The Right Bank, to the east of the Gironde and the Dordogne tributary, is Merlot country.

The problem is that rising temperatures are changing growing season conditions, resulting in earlier bud break and harvest dates. Merlot, which accounts for some two-thirds of Bordeaux’s red vineyard acreage is an early ripening grape. The worry is that warmer summer weather will cause acidity in the grapes to plummet and sugars to rise long before the grape’s tannins have ripened.

The earlier the vine awakens from winter dormancy, the more susceptible its tender buds are to ravaging spring frosts. Climate change is also bringing more erratic weather patterns, which could mean wetter weather for Bordeaux, increasing the risk of rot.

Six worthy candidates emerged from these trials, including red varieties: Marselan, Touriga Nacional, Castets, and Arinarnoa, and white grapes: Alvarinho (aka Albariño) and Liliorila. They are a mix of French Vitis vinifera crossings, long-forgotten French grapes, and Iberian varieties. Fans of classically styled Bordeaux will not find their beloved wines altered too dramatically, however. The new varieties can only cover up to 5% of an estate’s total surface area and make up 10% of blends. 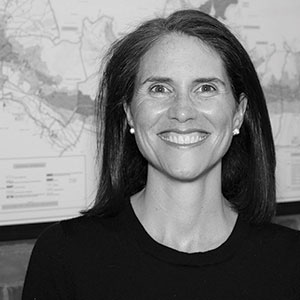 Jacky Blisson MW is an independent wine educator, writer, and consultant with over two decades experience in all facets of the global wine trade. She is the first Master of Wine in Québec and one of only ten across Canada.