Barolo and Barbaresco: The Killer Bees of Piemonte

No one knows why so many of the world’s fine wine regions start with a “B”. In the industry, we call them the “Killer Bees” (we’re a madcap bunch, let me tell you). Piemonte’s contributions to the hive are Barolo and Barbaresco, two of the most prestigious DOCG zones in all of Italy. 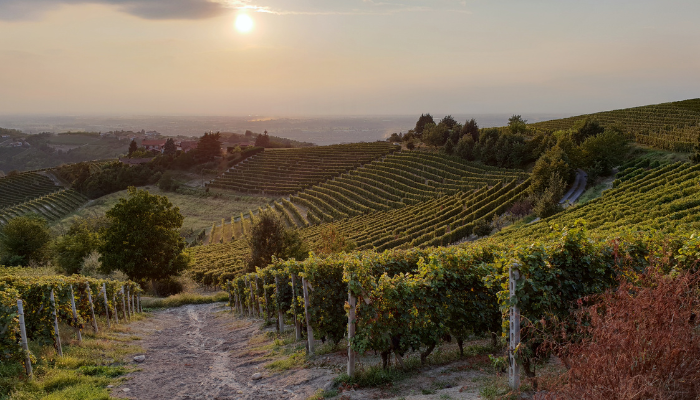 Piedmont (or Piemonte) is a region of Italy whose name hints at its geographical location in the foothills of the Alps, snuggled up against the French border. It is one of the most stunningly beautiful wine regions in Italy (possibly in the world), where every hairpin turn on the hilly roads opens up onto breathtaking new vistas. The Alps, usually capped by snow, form the background to a landscape striped with serried rows of vines and walled medieval villages perched high on the hilltops. 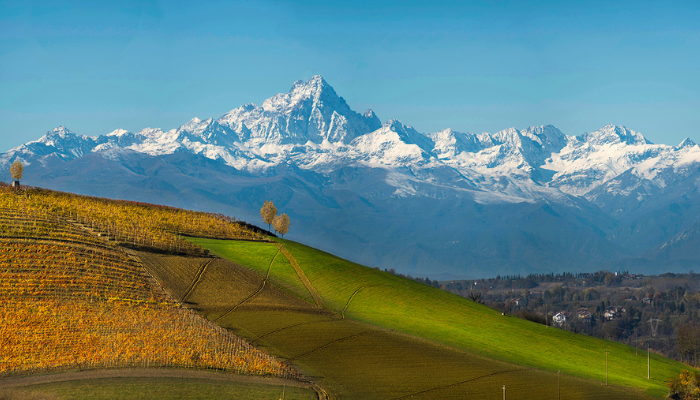 The hills that are such a feature of this region are part of the terroir that lends the wines such great complexity and interest: most vineyards are planted at altitudes of between 150m and 450m, and exposure, too, varies with every fold and curve. By law, vineyards for the production of Barolo and Barbaresco must face south (technically, between NW and NE). The prevailing climate is continental, with the Apennines protecting the region from rainfall from the south and the Alps blocking the flow of cold currents from the north. The soils are broadly similar in both Barolo and Barbaresco with limestone doing most of the heavy lifting and varying percentages of sand and clay. Generally speaking, the higher the sand content in a vineyard’s soil, the more delicate and perfumed its wines, while vines grown on dense clays produce wines of greater concentration and structure.

Although several grapes are grown in the region, the best sites in both Barolo and Barbaresco are reserved for the late-ripening Nebbiolo (both wines must be 100% Nebbiolo), a grape whose name is probably derived from nebbia, the eerie fog that shrouds the hills around the time of harvest. These structured, long-lived wines are notable for their perfume as much as for their power. In their youth, traditional descriptors include both black and red fruit, floral notes, hay, and licorice. Both wines typically show an intensely floral character when young. As they age they gain in earthiness, their aromas usually resembling the heady truffles Piedmont produces in winter (a wonderful gastronomic synergy). 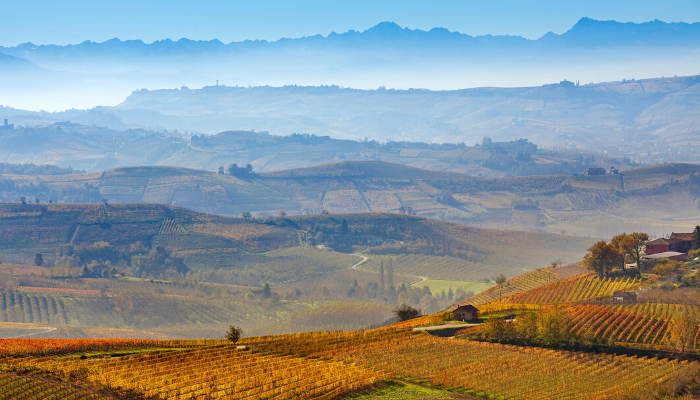 In the glass, it can be difficult to differentiate Barolo from Barbaresco, so much do the two DOCG zones have in common. Barbaresco is, typically, slightly lighter in style (it’s released a year earlier), and more accessible in its youth, while Barolo has greater depth and staying power, but the way these wines present themselves often owes more to winemaking decisions than to terroir.

The best way to choose a Barolo or Barbaresco to suit your tastes is to find a producer whose winemaking philosophy appeals to you. Do you like your wines richly fruited or do you prefer a greater degree of restraint? Is your preference for wines that are appealing in their youth, or do you have the patience to cellar them for a decade or so before they reveal themselves in their full glory? And do you appreciate generous amounts of new French oak, or is your taste more in line with traditional ageing processes, in which the wines mature for longer (the legal minimum period for wood ageing is 18 months for Barolo and 9 months for Barbaresco) in large barrels that lend a more subtle influence? You might find additional clues in the character of individual vintages, but each producer in the region exerts his (or her) influence on the style of wine you’ll find in the bottle. 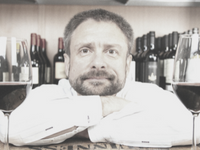 Michael Palij MW is the third Canadian Master of Wine. He specializes in Italian wines and has introduced Opimian to some truly special producers such as Cabutto, Giovanna Tantini and Cantina Clavesana.